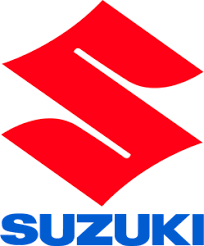 In 1909, Michio Suzuki (1887–1982) founded the Suzuki Loom Works in the small seacoast village of Hamamatsu, Japan. Business boomed as Suzuki built weaving looms for Japan's giant silk industry.[9] In 1929, Michio Suzuki invented a new type of weaving machine, which was exported overseas. The company's first 30 years focused on the development and production of these machines.[citation needed]

Despite the success of his looms, Suzuki believed that his company would benefit from diversification and he began to look at other products. Based on consumer demand, he decided that building a small car would be the most practical new venture. The project began in 1937, and within two years Suzuki had completed several compact prototype cars. These first Suzuki motor vehicles were powered by a then-innovative, liquid-cooled, four-stroke, four-cylinder engine. It had a cast aluminum crankcase and gearbox and generated 13 horsepower (9.7 kW) from a displacement of less than 800cc.[citation needed]

With the onset of World War II, production plans for Suzuki's new vehicles were halted when the government declared civilian passenger cars a "non-essential commodity." At the conclusion of the war, Suzuki went back to producing looms. Loom production was given a boost when the U.S. government approved the shipping of cotton to Japan. Suzuki's fortunes brightened as orders began to increase from domestic textile manufacturers. But the joy was short-lived as the cotton market collapsed in 1951.[citation needed]

Faced with this colossal challenge, Suzuki returned to the production of motor vehicles. After the war, the Japanese had a great need for affordable, reliable personal transportation. A number of firms began offering "clip-on" gas-powered engines that could be attached to the typical bicycle. Suzuki's first two-wheeled vehicle was a bicycle fitted with a motor called, the "Power Free." Designed to be inexpensive and simple to build and maintain, the 1952 Power Free had a 36 cc, one horsepower, two-stroke engine.[10] The new double-sprocket gear system enabled the rider to either pedal with the engine assisting, pedal without engine assist, or simply disconnect the pedals and run on engine power alone.[citation needed] The patent office of the new democratic government granted Suzuki a financial subsidy to continue research in motorcycle engineering.

By 1954, Suzuki was producing 6,000 motorcycles per month and had officially changed its name to Suzuki Motor Co., Ltd. Following the success of its first motorcycles, Suzuki created an even more successful automobile: the 1955 Suzuki Suzulight. The Suzulight sold with front-wheel drive, four-wheel independent suspension and rack-and-pinion steering, which were not common on cars until three decades later.[citation needed]

Volkswagen held a 19.9% non-controlling shareholding in Suzuki between 2009 and 2015. An international arbitration court ordered Volkswagen to sell the stake back to Suzuki.[11] Suzuki paid $3.8bn to complete the stock buy-back in September 2015.[12]